← back to
Dangerbird Records
Get fresh music recommendations delivered to your inbox every Friday.

Pickin' Up The Pieces

by Fitz And The Tantrums 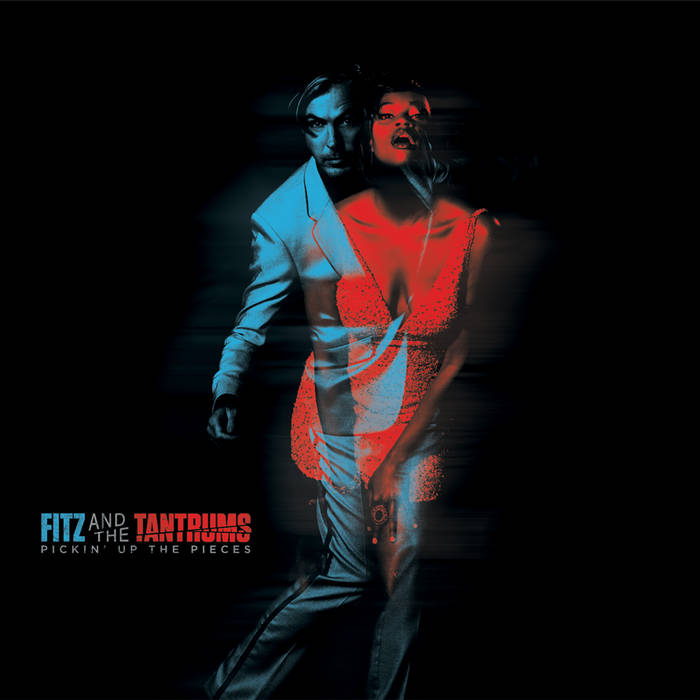 In just over a year, soulsters Fitz & the Tantrums went from the living room to the main stage. The recipe for meteoric success? Six killer musicians, five dapper suits, irresistible songs, some serendipity and one vintage organ.

Since their first show at Hollywood’s Hotel Café in December 2008, Fitz and co. have toured with Maroon 5, played to thousands at Colorado’s world famous Red Rocks Amphitheatre, shared the stage New Year’s Eve with Sharon Jones and the Dap Kings, and performed on KCRW’s esteemed show, Morning Becomes Eclectic. All this on the strength of their stellar five-song EP, Songs for a Breakup, Vol. 1.

For some bands, it takes a lifetime to build this success, but few performers deliver an unrestrained blast of soul-clapping, get-down-on-the-floor, moneymaker shakers like Fitz and the Tantrums. Now on the cusp of the release of their debut full length, Pickin’ Up the Pieces [August 24, 2010 on Dangerbird Records], the troupe is poised get down in dancehalls across the universe.

It all began when… [cue flashback sounds]

“I got a call from my ex-girlfriend,” Fitz explains, “And she said, ‘My neighbor is moving out in a hurry and has to sell everything. And, he has this organ…”

Fitz, the Svengali frontman of the crew, describes the find like the discovery of a compass, or that treasure map in Goonies, which undoubtedly leads to adventure. Not one to say no, Fitz called some piano movers, cashed in some favors, and seven hours later, the organ went from the curb to his living room. That night, Fitz stationed himself in front of that vintage instrument and wrote a blue-eyed soul anthem, “Breaking the Chains of Love.”

“Sometimes, the Music Gods just give it to you,” Fitz says.

The overflow of inspiration startled Fitz. He’d spent years in L.A.’s music industry, writing music and working in a studio with Beck producer, Mickey Petralia. But at those 88 keys, just seven hours after that organ dropped into his life, Fitz had finally found his voice.

“I’ve always been a singer,” Fitz says, “but with so much music, I felt that I was trying to push a square peg through a round hole. I was being not true to myself, and it never felt right until I wrote that song, and I sang like that. I thought, this feels so real, so natural.”

Fitz shared his vision with long-time friend and saxophonist, James King, who immediately connected with the sound. While the electric guitar drives rock, the saxophone takes center stage in soul, and that’s the way Fitz likes it. “We wanted to find a new vocabulary for the genre, I wanted to make a record without any guitars. Could we make a huge sound with out any guitars?”

A huge sound takes a huge studio—Motown had Studio A in Detroit, Philadelphia International had Sigma Studios, Phil Spector’s Wall of Sound was created in Hollywood’s legendary Gold Star Studios— but when it came time to capture the feeling and the soul of soul, Fitz knew of the perfect studio: his home.

There in the living room, he recorded Songs for a Breakup, Vol. 1, a burst of effervescent swingers and floor-stompers, infused with the energy of long forgotten songs. The infectious, rolling rhythms of “Breaking the Chains of Love,” immediately turn your head and actually get cemented in your brain, like a good pop song should.

The sound is familiar, but distinct. That’s what grabbed the attention of Maroon 5’s Adam Levine. Levine was getting a tattoo in New York when the tattoo artist told him he had to hear this new band he had discovered. After that one encounter, Levine personally invited Fitz and the Tantrums to join their tour.

Like the EP, Fitz recorded the full-length debut back at home, to bottle the lightning that struck in those first jam sessions. He now delves into more acerbic lyrical territory, going on the offensive against gold diggers on the exceptionally funky “Money Grabber,” and even gets political on the piano-banging, handclap-driven call to action, “Dear Mr. President.” “L.O.V.” is a jaunt through pop music history embarking with a groovy organ intro, meandering through juicy big band breakdowns and Fitz’s svelte croons, then carrying us away with flute outro. It’s a funk-filled plea to give love a chance. These powerful songs take the band’s energy up a notch, but like their energized performances, they never loose control.

In their sound and on the stage, Fitz and the Tantrums are nothing but professionals, and never less than classy. Enter the Tantrums, Fitz’s airtight ensemble keeping it real like it’s1969. Funky drummer John Wicks is a Motown B-side aficionado and prolific session player, Jeremy Ruzumna manned the keyboards for Macy Gray, while King and bassist Ethan Phillips backed De La Soul. Then there’s Noelle Scaggs, the powerful voice behind Fitz’s croons. Make no mistake, Scaggs is not just there for “doo-wops” and handclaps. She shimmies and flirts, she stokes the crowd and simmers them down, and she has no qualms about keeping Fitz in check. “She is not just a backup singer,” Fitz says, “We have repartee. Onstage, we’re Ike and Tina.”

There, on the stage, Fitz and the Tantrums are not just a band, they’re an explosion. Scaggs high steps it to the tight-as-hell rhythm section, while Fitz, cooler than cobalt, croons like Daryl Hall for a new generation. It’s obvious that this is no tryst for the band, this is a full-blown, head-over-heels love affair.

Bandcamp Daily  your guide to the world of Bandcamp